Historian Michael Beschloss’ warning on MSNBC – speculating that “our children will be arrested and likely killed” if Republicans take control of Congress – sums up President Biden and his fellow Democrats’ final speech ahead of the mid-election. Tuesday term.

Apparently, it’s not gas prices, the economy or crime that, again, are the top issues in the polls for voters. Instead, it’s democracy or death, gas or grandchildren – you choose.

Biden returned to that theme in what White House Chief of Staff Ron Klain called his “final warning” to voters. The president ominously warned voters who might be considering voting for Republicans that “make no mistake about it, democracy is on the ballot for all of us.” In other words, be afraid, be very afraid.

Biden was widely criticized for an earlier speech from Philadelphia that denounced political opponents as fascists plotting to overthrow democracy. Yet he and others have returned to that theme as Democrats appear to be losing ground even in traditional blue states. Among others, Hillary Clinton warned that the GOP is trying to “steal” the election and that “they are attacking democracy.”

The president’s attacks don’t appear to be gaining much traction, with polls showing most people view him as inciting political unrest. Nonetheless, on nearly every network and cable news program, the mantra seems relentless: If the GOP wins midterm, democracy could be lost.

While the media once pushed a bogus allegation of collusion with Russia in the 2016 election, this time it pushes a claim that the GOP itself poses a threat to our very freedoms and lives.

As Democratic alarm over a GOP victory in both houses of Congress has risen with the polls over the past two weeks, so has the alarming rhetoric. Beschloss, for example, warned that democracy might only have a few days left, but no one was allowed to record its downfall: “In fifty years, if historians are allowed to write in this country and whether there are still any publishing freedoms and a free press – which I’m not sure about, but if that’s true – a historian will say what was at stake…was whether we we will be a democracy in the future, if our children will be arrested and possibly killed.

The Democratic campaign against GOP candidates as extremists and Holocaust deniers is breathtakingly dishonest. Democratic leaders like Rep. Sean Patrick Maloney (DN.Y.), head of the Democratic Congressional Campaign Committee (DCCC), have been accused of deceptive practices by spending tens of millions to support the most conservative candidates in the Republican primaries . Those candidates — now denounced by Democrats as “extremists” — prevailed in their primaries with Democratic support and could now win in states like New Hampshire.

At the same time, Democrats and the House Jan. 6 Select Committee are pursuing those who engaged in similarly inflammatory rhetoric leading up to the Jan. 6, 2021 Capitol Riot — just as the airways are filled with Trump-like warnings that midterm elections are about to be “stolen”. Similarly, just as some on the left argue there may be no real history books after midterms, others are campaigning to ban books by figures like the Supreme Court Justice Amy Coney Barrett on behalf of protecting free speech.

What leaders like President Biden seem to forget is that our Constitution was not just written for times like this it was written in a moment like this. Federalists and Jeffersonians have actually – not just figuratively – attempted to kill each other using laws like the Alien and Sedition Acts.

But Founding Father James Madison crafted a Constitution for the worst of times — and the worst of leaders. He pointed out that we needed a system that did not depend on the good intentions or motives of our leaders: “If men were angels, no government would be necessary. So he created a system that contains a series of checks and balances to prevent the concentration – and abuse – of power.

There has been a growing crisis of faith on the left as leaders and pundits have attacked our Constitution and its institutions, including the Supreme Court. These objections seem to be based not on the fact that the Constitution has not resist extra-constitutional requirements but in the absence of yield to such requests. These figures are apparently upset that the democratic process or the Supreme Court has not given them what they are asking for. Thus, the Constitution or the court must disappear.

Widespread references to January 6 should inspire greater confidence in our constitutional system and dispel the doubts expressed by President Biden and others. The Capitol Riot was denounced by most Americans; Republican leaders like Vice President Pence and Senate GOP Leader Mitch McConnell (R-Ky.) have fulfilled their constitutional duties. Federal judges (many appointed by then-President Trump) have consistently dismissed election challenges; the Supreme Court, with six conservative justices, has repeatedly ruled against Trump — including his three appointees.

The Constitution has weathered every storm in our history, including a civil war and a “war” for civil rights. We’ve tackled everything from depression to desegregation; we have known periods of violence and vitriol which have torn us apart. And yet we remain.

The United States Constitution is not an elegant or poetic document, but it does have one thing: it is designed to survive the worst times and the worst rulers, and it did just that.

The mantra of democracy or death of the democrats is not just demagoguery. It is the defamation of a constitutional system that has proven time and time again that it is up to any challenge. Democrats may indeed be in danger midterm – but democracy is not.

Jonathan Turley is the Shapiro Professor of Public Interest Law at George Washington University. Follow him on Twitter @JonathanTurley.

Next What is Satanism? And where does social justice lie in this controversial religion? 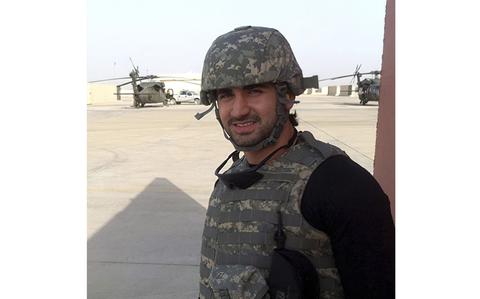