He was not a perfect man. And in his review, he could have bruises. But boy, was he awesome. And man, I’m sad I didn’t meet him.

His name was Guillermo “Guillo” Beytagh Maldonado and for decades his voice was one of the loudest and most prolific in the Latin American community and New Jersey civil rights. Last Saturday, “Guillo”, after years of social activism during which he founded several organizations, died of a brief illness.

The man friends jokingly referred to as “the tallest Puerto Rican on the planet” because of his towering stature – he was around 6 feet 6 inches tall and weighed 350 pounds – was 64 years old.

Guillo’s passing is moving for many reasons. For those who knew him, it was knowing that the world was better because he was there and for those who did not know him, it was learning that because of his job, life was just better. And for all of us, his death marks the loss of “uno de los grandes, uno de nuestros luchando por nuestra gente,” one of the greatest, one of us fighting for our people.

“If someone gives you money, you’re generally nice to them, aren’t you?” Said Frank Argote-Freyre, a Latin American historian and professor at Kean University who worked for years alongside Guillo. Not Guillo.

Argote-Freyre remembers wondering at the time whether it was a good strategy or not, but now admits it wasn’t a strategy – “that’s just who he was.” A big and bold man “call him what you see”, made up of the elements that the leaders of our communities need most.

Longtime activist and current executive secretary of the Latino Action Network, Anna “Cuqui” Rivera was Guillo’s “adoptive sister”. She met him in the late 1980s when he was executive director of the New Brunswick nonprofit The Puerto Rican Action Board and was “a welfare mother with six children. “.

“It didn’t stop him from believing in me,” she said.

It gave her the boost she needed when she wanted to work for social service agencies that required a bachelor’s degree. “I just had a high school diploma,” she said.

In all things, he was unorthodox. His office was not an office. It was a local restaurant – “Los Molinos”—Where colleagues say he has planned marches and political campaigns of all kinds to help the most disadvantaged New Jerseyans.

It was his war room, says Argote-Freyre. “From his seat to the left of the bar, he called politicians and journalists to congratulate or reprimand them,” he said.

He also called on state leaders to speak passionately to them about the issues that he believed mattered most: poor children left behind due to lack of early childhood opportunities, lack of funding for early childhood. Latin American community-based nonprofit organizations and a fragmented social environment. a system of services that prevented low-income families from accessing the help they needed “all under one roof”.

Tania Stanchich, a social worker and community activist who met Guillo in the ’90s, said what she admired most about “the father of the Latino movement in New Jersey” was that he didn’t. what to talk about.

He took the step.

As part of his work with the Puerto Rican Action Board of Directors, he founded the PRAB Child Care Centers in New Brunswick. The organization is today the largest provider of preschool services in the district, providing quality care and bilingual and bicultural education free of charge to more than 600 children.

And in 2003, when former Gov. Jim McGreevey slashed budgets for Latino community nonprofits by more than $ 1 million, he hired him and launched an unarmed campaign against him. McGreevey eventually relented, restoring all of the funds.

“He brought problems to life and made things happen,” Stanchich said. And he didn’t beg. He ordered.

For better or for worse, for bridges built and bridges burnt, friend or foe, his loss stings because of what he was able to accomplish, how he inspired others to achieve, what ‘he defended and what he stands for. His death creates a hole that will take individuals with great courage, power and confidence to fill; a hole that requires the size of an individual. Yes, greatness!

A great spirit, a great character, great convictions, a great sense of community, but above all, a big, big heart. And that’s a hole, I hope Guillo’s legacy inspires the next generation of Latinos to work to fill.

Our journalism needs your support. Please register today at NJ.com.

here is how to submit an editorial or letter to the editor. Bookmark NJ.com/Opinion. Follow us on twitter @NJ_Opinion and on Facebook at Opinion NJ.com. Get the latest updates straight to your inbox. Subscribe to NJ.com newsletters.

Next The Supreme Court of the United States against reality 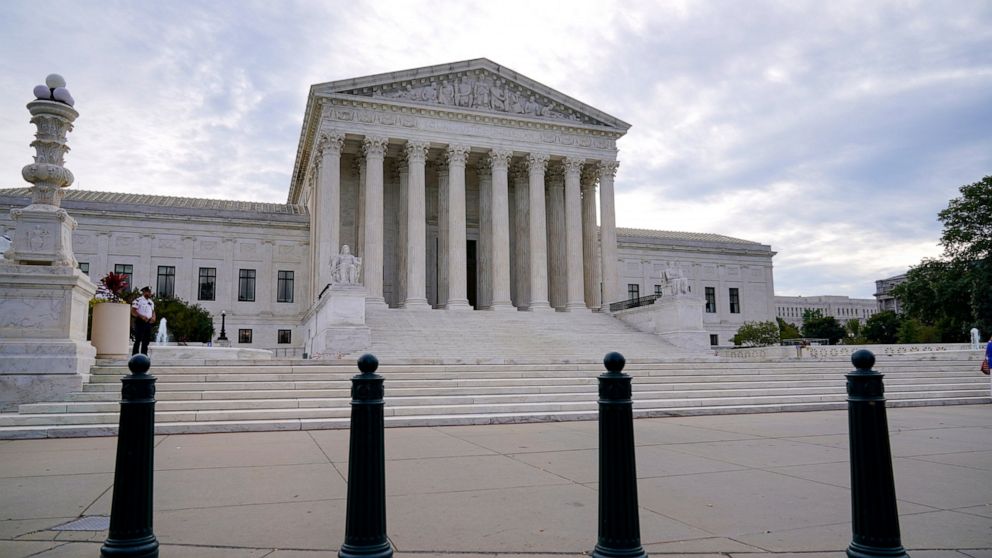