Hello. I’m Paul Thornton, and it is Saturday September 11, 2021. In a normal universe, this newsletter would begin with a commentary on the 20th anniversary of the September 11 terrorist attack. But this is not a normal universe; this is California. With that in mind, let’s take a look back at the week in Opinion.

Right now should be roughly the start of an election season in California, not the culmination of one. With the recall vote of September 14 – it’s this Tuesday – it’s easy to forget the fact that a regular gubernatorial election is due in about 14 months. But if Gov. Gavin Newsom ends up losing his job to Larry Elder (or Kevin Faulconer or John Cox or Kevin Paffrath or Angelyne) in a few days, the results of the quadrennial vote in November 2022 will effectively be meaningless. If Tuesday’s result proves the only way for a Republican to win in California is through a recall election, we will decide to regularly rescind a Democratic official.

This is a point that has already been raised by columnist Nicholas Goldberg, but it bears repeating before Tuesday, because the implication runs deep: in the absence of any reform of California law, the outcome of every election Statewide regularity in which the winner wins a majority risks an immediate challenge, akin to a circus, if disgruntled petitioners collect signatures representing 12% of the last turnout. I like to think of the California recall as our version of the filibuster or the Electoral College. It is an archaic legal mechanism that undermines democracy when exploited by bad faith interests.

This is the non-partisan, good-government argument against Newsom’s removal, and at this point it feels like screaming into the void – because whether we like it or not, the governor’s fate will be sealed on Tuesday. You can make that procedural point no matter who the candidates and who are, even if it was the duly elected governor Larry Elder threatened with impeachment in a recall pushed by Democrats who did not won a statewide vote since 2006. But it turns out Newsom should remain governor on merit, and none of the people running for him deserve his job – far from it, in fact.

The Times editorial board has opposed Newsom’s recall since before the election was certified earlier this year. Since then, and as the list of Republican favorites has become clear, opposition from the board has grown sharper. He pilloried the easy and even dangerous positions of the candidates on education, homelessness, crime, climate change and drought.

Whether Newsom should be withdrawn is the first but not the only question on the ballot. The second is which of the 46 candidates (yes, forty six) should replace him if the majority votes for his removal. Taking a harm reduction approach, the Editorial Board recommends former San Diego Mayor Kevin Faulconer, after, of course, voting no on the recall.

The bootstrap myth that many immigrants believe is helping to build Latino support for the recall. Columnist Jean Guerrero discovers another reason for Newsom’s precarious situation: â€œBelief in ‘el sueÃ±o Americano’, which sees this country as a land of opportunity, predisposes some Latinos to regard the poor or the unemployed as lazy, without ‘ganas’. This view obscures how history and government determine outcomes, including access to basic resources such as clean water, health care, and roads. Blind faith in individualism, which fosters antipathy for institutions, can lead some Latinos not to participate in elections or to vote against their interests. Los Angeles Times

This is a reasonable argument attempt to elect Larry Elder and to remove Newsom: The editorial board of the Southern California News Group, which includes the Los Angeles Daily News and the Orange County Register, believes that in a Democratic-dominated state, the governor’s recall poses a threat only to the status quo, not for democracy, and that the conservative radio host deserves a chance to rule California. Reading the editorial, however, you can’t help but wonder: how are all are Newsom’s failures sufficient reason to take the extraordinary step of shortening its mandate? Why not wait for his re-election in November 2022? Daily News from LA

Do you think the California recall system is dangerous? Discover the initiative process. Columnist Nicholas Goldberg on California’s Other Abuse of Direct Democracy: â€œInitiatives often hamper the functioning of government. The vast majority are “super laws” in the sense that they cannot be changed by the legislature – only by another popular vote. And voters can order the state to act regardless of where the money is coming from, turning lawmakers into “janitors to clean up the mess,” according to Joe Mathews, columnist for Zocalo Public Square who has written extensively on the issue. direct democracy. “Los Angeles Times

Do you like this newsletter? Consider subscribing to the Los Angeles Times

Your support helps us get the news that matters most. Become a subscriber.

Did the terrorists who attacked America 20 years ago win? Our editorial on the upheavals in the United States after September 11, 2001, reads frighteningly like an obituary until it ends on a note of hope: â€œAnd yet, as dark as these two decades have been, everything is not lost. For every American who has turned to isolationism and nationalism, there are younger voters who cherish multilateral cooperation, respect our institutions, care for our planet, and believe that cooperation between peoples is the only real one. way to safety. For every hate crime there have been multiple acts of compassion and understanding. For every abuse of power, there have been advocates demanding that America uphold its principles. The threat of extremist violence remains real and must be tackled, but we know it can come from many sources, including the far right here at home. Los Angeles Times

Texas, what did you do? This state’s ban on abortions after six weeks of pregnancy poses an insidious threat to other cherished constitutional rights, warns Dean Erwin Chemerinsky of UC Berkeley Law School: “According to the reasoning of the Supreme Court in the Texas case, the only way to challenge … unconstitutional laws would be to break them, be sued by a private citizen, and then fight the lawsuit and the constitutionality of the law. It is an absurd situation. And yet, that’s what five conservative justices allowed in the Texas case. Los Angeles Times

Next In Epic vs. Apple Court Fight, a victory for application developers 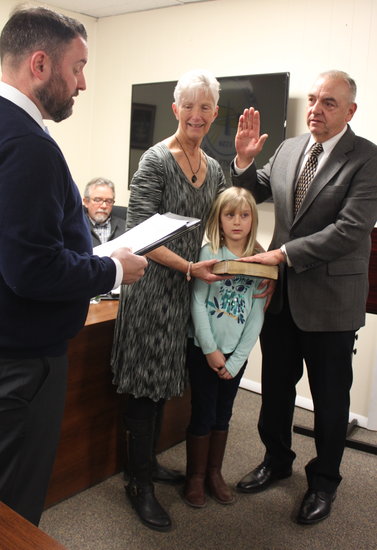