On June 19, the erstwhile leader of Myanmar, Daw Aung San Suu Kyi will celebrate her 76th birthday in her home where she has been put under house arrest since the February 1 military coup.

Her birthday is an occasion for us to reflect how a genocide was committed in a country ruled by a Nobel Peace Prize Laureate. Why did Aung San Suu Kyi, once a celebrated as an icon of democracy, not only remain silent when the Roginyas in Rakhine state were being massacred but even defend the Tatamadaw (the official name of the Burmese Army) at the International Court of Justice in November 2019?

In Myanmar, however, her defence of the Tatmadaw at the International Court of Justice was viewed by the people as a patriotic act comparable to an act of self sacrifice of a mother defending her children. Her popularity soared and she won the 2020 elections. The people of Myanmar looked forward to the final transition of their country from military dictatorship to a liberal democracy.

Instead, the Tatmadaw re-arrested Aung San Suu Kyi in February 2021 even though she was the State Counselor and had led her party, the National League for Democracy, to a thumping victory in the elections. She was once again a political prisoner but this time the international community was much less enthusiastic about taking up her cause.

Let us trace Aung San Suu Kyiâ€™s journey from becoming an icon of peace and democracy to being condemned for her silence on the massacre of Rohingyas.

Aung Saan Suu Kyi burst into the international scene during the days of her first house arrest from 1989 to 1995. It was then she became â€œsymbolically omnipresentâ€. Within the country she was venerated almost like a female bodhisattva, a benevolent nat. Outside her country she was portrayed as an icon of democracy, the Gandhi of Burma or the Jean dâ€™Arc.

While she was confined to her home, spending her days meditating, reading and playing the piano, the world showered her with awards. At a solemn and special session of the European Parliament at Strasbourg in July 1991 Suu Kyi was awarded the Sakharov prize for Freedom of Thought. The Nobel Peace Prize was awarded to her in 1991 for being â€œan outstanding example of the power of the powerlessâ€. In 1992, she was awarded the Jawaharlal Nehru Award for International Understanding by India.

Suu Kyi was released briefly in 2002 and again arrested in 2003. From 2003 to 2010 she was under house arrest and countries around the world continued to shower honours, awards and even citizenship on her. The US House of Representatives awarded her the Congressional Gold Medal in 2007, making her the first recipient of the Congressional Gold Medal while imprisoned. She has also been honoured with the International Simon Bolivar Prize from the government of Venezuela and in 2011 she was made an honorary citizen of Canada. She is only the fourth person ever to receive the honour.

In 2010, Suu Kyi was released from house arrest but her party, the National League for Democracy was not allowed to participate in the elections.

In 2012, when Aung San Suu Kyi did participate in the elections, she led her NLD to an electoral victory. The newly elected MPs sat in the Parliament in Naypyitaw, the new capital of Myanmar. But Myanmar was a long way away from becoming a proper democracy because 25% of the seats were reserved for the Tatmadaw.

The transition to democracy was slow but seemed to be inevitable when Aung San Suu Kyi won the elections yet again in 2015. This time she managed to get a law passed in 2016 by which she became the State Counsellor, a position which made her above the President of her country but not above the Tatmadaw. It was a position created for her by special law (which even mentioned her by name) since the Constitution banned her from becoming the president as she was married to a foreigner and her two sons were foreign citizens.

But when she did take her seat in Parliament after becoming State Counsellor, the average age of her cabinet ministers was 70 â€“ making it the oldest government in modern Burmese history. There were no women in the cabinet and two of her ministers were found to have fake university degrees. Suu Kyi did not have any vision on how to unite Myanmarâ€™s diverse communities and nationalities.

The Bamar majority community has never wanted to share their power and privileges with the ethnic minorities and Bamar Buddhist chauvinism has never been challenged within the community; it has been a major cause for the alienation of the ethnic nationalities.

Already the situation in Rakhine state was tense in 2012 with calls for depriving the Rohingyas of their rights as citizens. There was a vociferous protest against the BBC for describing the Rohingyas as indigenous to Myanmar. In February of the same year, Piccima Ratwan magazine called Rohingyas terrorists. The editorial board of the magazine included Rakhine monks, police officers, government servants and figures of authority in the region.

By 2016, the Rohingyas were targets of violence by the Arakans and it was obvious they had the blessing of the state. In response, Aung San Suu Kyi appointed the Kofi Annan commission to offer advice on ensuring the social and economical well-being of both the Buddhist and the Rohingya communities situation in Rakhine. But when it submitted its report, the word â€œRohingyaâ€ was not mentioned. In response, a militant Islamic group known as the Arakan Rohingya Salvation Army or ARSA attacked 30 military and police facilities.

The Arakan Rohingya Salvation Army, formerly known as Harakah al-Yaqin (literally â€œfaith movementâ€) is a Rohingya insurgent group active in northern Rakhine state. According to a report by the International Crisis Group in 2016, it is led by Ataullah abu Ammar Jununi, a Rohingya man who was born in Karachi and grew up in Mecca, Saudi Arabia. According to Amnesty International, ARSA also attacked Hindus in Rakhine state.

In responsem the Tatmadaw retaliated with vicious and brutality which resulted in a genocide of the Rohingyas and 700,000 Roginyas, women, men and children becoming displaced. The brutalities included murder, including the killing of more than a thousand children under five years old, rapes, torture and arson.

Although the ethnic cleansing manifested itself in its most brutal way in 2017, it had begun long before when the Myanmarâ€™s majority Bamar Buddhist people started looking at the Rohingyas as if â€œthese people who are not one of usâ€. In 1979, Aung San Suu Kyi had publicly spoken of her dislike for Muslims and the irrational fear that Muslims could swamp the Burmese. In 2013, she said there was a climate of fear originating from â€œworldwide perception that global Muslim power is very greatâ€.

Two journalists, Wa Lone and Kyaw Soe Oo, who uncovered the mass murder of Rohungyas in Inn Din were arresterd and spent 500 days in jail during the time Aung San Suu Kyi was State Counsellor.

As international criticism became sharper and prestigious awards and honours were revoked. The Canadians took back the citizenship given to her and her portrait was taken down from Oxford College Hall of Fame. But Aung San Suu Kyiâ€™s popularity soared in Myanmar. If she had gone against the anti-Rohingya sentiment of the people, she would have committed political suicide.

By the time she and her party won the 2020 elections with an overwhelming majority, the Western media had made her an pariah. Her fall from grace was complete. This meant that it was much easier for the Tatmadaw to stage a coup and instead of handing over power to the elected party. Aung San Suu Kyi was put under house arrest.

Aung San Suu Kyi faces various charges, including violating Covid-19 restrictions during last yearâ€™s election, as well as incitement and possessing unlicensed walkie-talkies, and two additional charges related to breaching the Natural Disaster Management Law and the Telecommunications Law. More more recently, additional corruption charges of illegally accepting $600,000 in cash and around 11 kilograms of gold have been added to the list of charges against her by the military.

The Myanmar leaderâ€™s lawyer, Khin Maung Zaw, has categorically denied these charges and claimed that they were all groundless. The people in Myanmar continue to demand that Daw Aung San Suu Kyi be released and her party be allowed to take their position in Parliament.

In the story of Aung San Suuâ€™s fall from grace the role of West, especially Western media, is left out as is the effect of so-called War against Terror, which perpetuates itself by standard mechanism of stereotyping the entire Muslim population as terrorist or potential to be one.

Some lesson seem to have been learnt from the failures and shortcomings from the past because of the 26 ministers in the National Unity Government formed in exile, 13 belong to ethnic nationalities; eight are women. For the first time in the history of Myanmar, there is a Minister for Human Rights and he is openly gay and experience in working in the LGBT movement. However, there are no Rohingyas.

However, in a Twitter message on June 3, the National Unity Government announced a new policy position about the Rohingya issue. Entitled the â€œPolicy Position on the Rohingya in Rakhine Stateâ€, the government stated: â€œIn honour of human rights and human dignity and also to eradicate the conflicts and root causes in the Union, the NUG aims to build up a prosperous and federal democratic union where all ethnic groups belonging to the Union can live together peacefully. This objective is clearly stated in the Federal Democracy Charter.â€

The statement goes on to say: â€œWe invite Rohingyas to join hands with us and others to participate in the Spring Revolution against the military dictatorship in all possible ways.â€

The National Unity Government have pledged to take steps to pave the way for the Rohingya to assume their rightful place as equal citizens among all other people of Myanmar after decades of exclusion.

As Daw Aung San Suu Kyi turns 76, perhaps she will realise that it is time to let the children lead the way to the future. She has taught them how to liberate themselves from fear. The children know that freedom from fear is not enough to liberate their country. They need to be free from prejudice and free from hate in order to come together as a nation.

I close with these lines (originally in Urdu) by a Pakistani woman poet, Fahmida Riaz, written to Aung San Suu Kyi before she fell grace.

Daw Aung San Suu Kyi may yet learn from her mistakes and the world will welcome her back, an older and wiser leader…
This is for you, for you
San Suu Kyi may you smile like this for ever
After so long,
After so many dark, lightless mornings
Today the morning brought good news
Hearts which are sufficiently broken with grief and pain
Are full of love for you again.

Nandita Haksar is a human rights lawyer and author, most recently, of The Flavours of Nationalism. 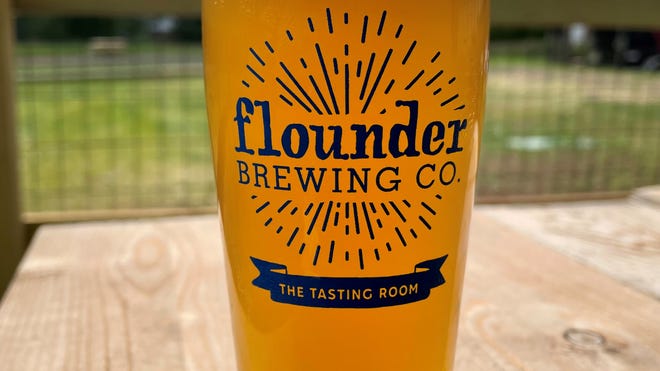 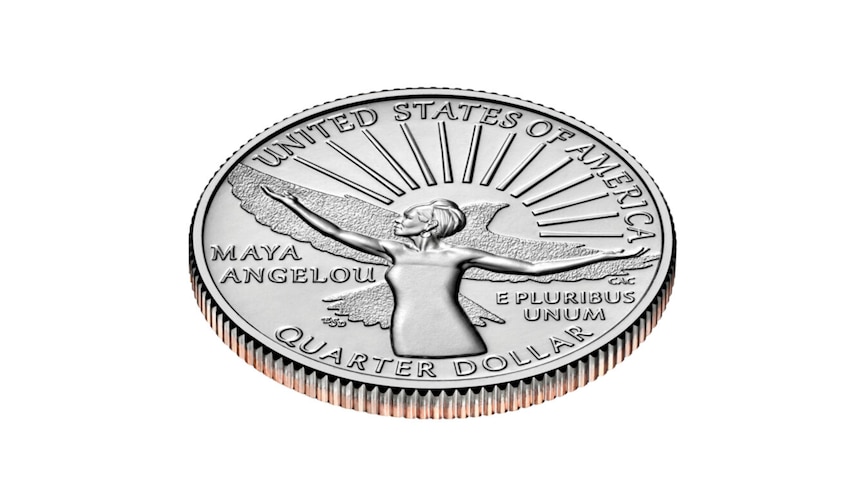