Many scholars argue that there is no inherent problem with Islam, whether textual or practical, that makes it incompatible with the nation-state system or even democracy. The case of liberal democracy is a separate category as many argue that Islam is inherently opposed to such ideas

Any discussion of the compatibility between Islam as a religion and the idea of ​​the nation-state as a political, social and economic reality has been exhausted in the debate over hegemonic Islam and Western modernity. The distinction between text and practice has been a historical reality in Muslim societies, and it has remained equally important with the rise of the nation-state system. The question of the separation between religion and politics has been a different historical reality in the pre-scientific world.

The religious experiences of all faiths and societies have a different trajectory. However, there has been a homogenized notion of such a division in Islam. The fundamental vision of Islam makes no distinction between the sacred and the secular, the political and the temporal. The argument is that politics cannot be separated from Islam as a fundamental value.

The propagators of such ideas were not only orientalists, but also among Muslim scholars. The division between din (religion) and dawla (state) has been a common practice in Muslim societies since its origin, especially after the emergence of Islam as an organized form of life and the emergence of Islamic empires. But the question remains “why is this a contested concept, and are they compatible”?

The gaze of Orientalism has been a central epistemology in creating a sustained discourse on the power of knowledge on the Western understanding of Islam and, therefore, the idea of ​​the Muslim world and the idea of Islam have been classified as a singular category. There is a vast generalization about accord granted to Islam and nation-state compatibility.

With failing democracies and the growing number of failing states in the current global system, and the authoritarian structure of the majority of Muslim states, there is a discussion about the compatibility of Islam and the nation state.

Religion and politics: an Islamic context

The borders of religion have always crossed the borders of politics and vice versa, both in practice and in the language of Muslim empires. James Piscatori argues that Islam and the nation-state debate have been widely discussed under two schools of thought: conformists and non-conformists.

The refutation of the non-conformists is based on the push that comes directly from the Qur’an, shaping the whole human sphere of life; spiritual, physical, individual, social, economic and political through divine law called Sharia.

The holy will of nonconformists is supreme, and God’s sovereignty does not allow human will to violate God’s divine decree.

After all, the human will is the central idea of ​​the nation-state system, which defines the whole sphere of life.

Therefore, the decree of God under the command of Quran and Sharia would decide the do’s and don’ts for humans, which is insignificant in the nation state system. In this regard, the case of Saudi Arabia is significant. The Saudi case is essential for two main reasons: it is where Islam has its origins, and for Muslims around the world, it is the heart of Islam.

And second, the behavior of the Saudi state since the formation of the state in 1932 under the command of the king has been an institutionalized form that heralds the contemporary image of Islam in Saudi Arabia. It is a question of understanding the constitution of an institutionalized Islam or official Islam as so many categories in Saudi Arabia under the aegis of the nation-state system.

This makes the case even more critical for how the state has dominated this space despite being considered the most conservative that follows a strict religious order in controlling Saudi society, its religiosity and daily life.

In short, Saudi Arabia defies fundamental nature from the perspective of conformists and therefore the issue of legitimacy requires serious analysis.

The idea that despite being the most conservative country in the world that follows the Wahhabi brand of Islam, Saudi Arabia has managed to create a dominant space for the idea of ​​the nation state.

Therefore, the central assumption of an Islamic state is that authority, regardless of the status of exercising power over subjects, is legitimate according to Islamic legal theory if it follows divine sources like the Quran and the Sunna.

In this scenario, can a Muslim-majority state necessarily become an Islamic state, or can it only become truly Islamic by applying the laws of the Quran, Sunnah, and Sharia in the area of ​​socio-economic characteristic? nation’s politics as the country’s basic constitution?

The two critical elements of the Islamic State are command (amr) and interdiction (nahy). However, the legal sphere of the state follows command and prohibition based on jurisprudential (fiqh) traditions based on divine command interpretations of the Quran and the sayings of the Prophet.

Islamic philosophical/theological and legal research creates a fundamental difference in the contested aspect of fiqh traditions which have been divided between four schools of Sunni Islam (Hanafi, Shafii, Maliki and Hanbali)

On the issue of Sharia, the lifeblood of an Islamic state has four main dimensions: First, the enforcement of Sharia ordinances.

Secondly, for an administrative position, any stipulation of Shariah is unacceptable. Third, a properly constituted Islamic government is the religious duty of a Muslim. People’s consent is part of the formation of an ISIS; fourth, the government comes into existence on the basis of the free choice of the people of the Quranic expression, “among you.”

“As Muhammad Asad helps to understand these important distinctions in Sharia rulings based on Fard (whose obligatory omission is a sin) and Mubah (allowed) whose omission does not make a man a sin.

Mandub (recommended) has merit, and suppression does not lead to sin. Makruh: Undesirable but committed acts cannot be a sin. Mutlaq: Neither meritorious nor sinful. This significance of the diversity of Sharia in power encourages Muslims to accept divine law (Shariah) and an open path (Minhaj) where ijtihad stands as a free inquiry despite the place of Sharia because divine law is the basis of the Islamic State system for filling all spheres of life.

The practice, however, through the decisions of fiqh, is based on the Qiyas. The state’s leeway to create its dominance comes from the traditions of fiqh in the absence of strict divine commandments.

The source of state sovereignty in an Islamic state as the political framework of Muslim unity and cooperation and the means of fairness and justice is based on three guiding principles: the injunctions of the Quran and obeying God, obey the Apostle and the authorities.

The injunctions, “Whoever follows me, obeys God; and whoever disobeys me disobeys God. And he who heeds the emir (head of state) watches me, and he violates the emir and despises me.

Therefore, the ineligibility of a Muslim, of a wise and superior nature is a qualification under Sharia for the head of state. In this sphere of philosophical-technological and legal aspects, the Saudi state commands its legitimacy and creates space for an official and institutionalized form of Islam.

Despite structural differences, the genealogy of Muslim societies and historical processes have overwhelmingly placed Islam as an ideology.

This whole idea of ​​making Islam an ideology is the basis of the concept of Dar-ul Islam (House of Islam) and Dar-ulHarb (House of War) and the violent form of jihad as the language of Islamic empires more than a Quranic Commandment for Muslims against non-Muslims.

It has been a galvanizing force for Muslims on the issue of brotherhood and social justice. Second, the idea is that Islam must be politicized. This has been a central factor in the Islamic revival. The Islamic movement in the name of pan-Islamism began with the end of the Ottoman Empire and the rise of Western intervention of the colonial enterprise in the heart of the Muslim world.

This notion reached its most politicized form after the heyday of the Muslim Brotherhood and found revolutionary expression in the Iranian Revolution of 1979. The argument here is that politics in Islamic colleges lag behind in institutional development because Islam lacks an organized priesthood.

This had two consequences. The first is that there has been no reform effort in Islam in the absence of institutional effectiveness and the second consequence is that the ulema or the clergy have never been sufficiently established to exercise a real power and lacked ideology and organizational characteristics.

One might therefore assume that Saudi Arabia’s future stability may well depend on how the government balances the demands of political participation with the traditional concentration of power within the Saudi elite. Ideologically, a trend in the Orientalist tradition is that Islam is antithetical to modernization.

While the 1950s and 1960s were dominated by Arab nationalism, the 1970s and 1980s saw the rise of “Islamic fundamentalism”, challenging secular ideologies and Muslim governments by appealing to religious dogma, symbols and rhetoric.

Democracies across the world are failing under the rule of authoritarianism, but no other religious group receives as much attention on the issue of compatibility as Islam.

Therefore, the final point made by many scholars is that there is no inherent problem, textual or practical, with Islam that makes it incompatible with the nation-state system or even with democracy. .

The case of liberal democracy is a separate category as many argue that Islam is inherently opposed to such ideas. Yet even Turkey, Pakistan, Iran, Malaysia, Indonesia and Algeria have classic cases of compatibility between the Islamic nation-state and their multiple forms of expression, including constitutional democracy.

(The author holds a PhD from the Center for West Asian Studies, JNU, New Delhi, and is a former journalist) 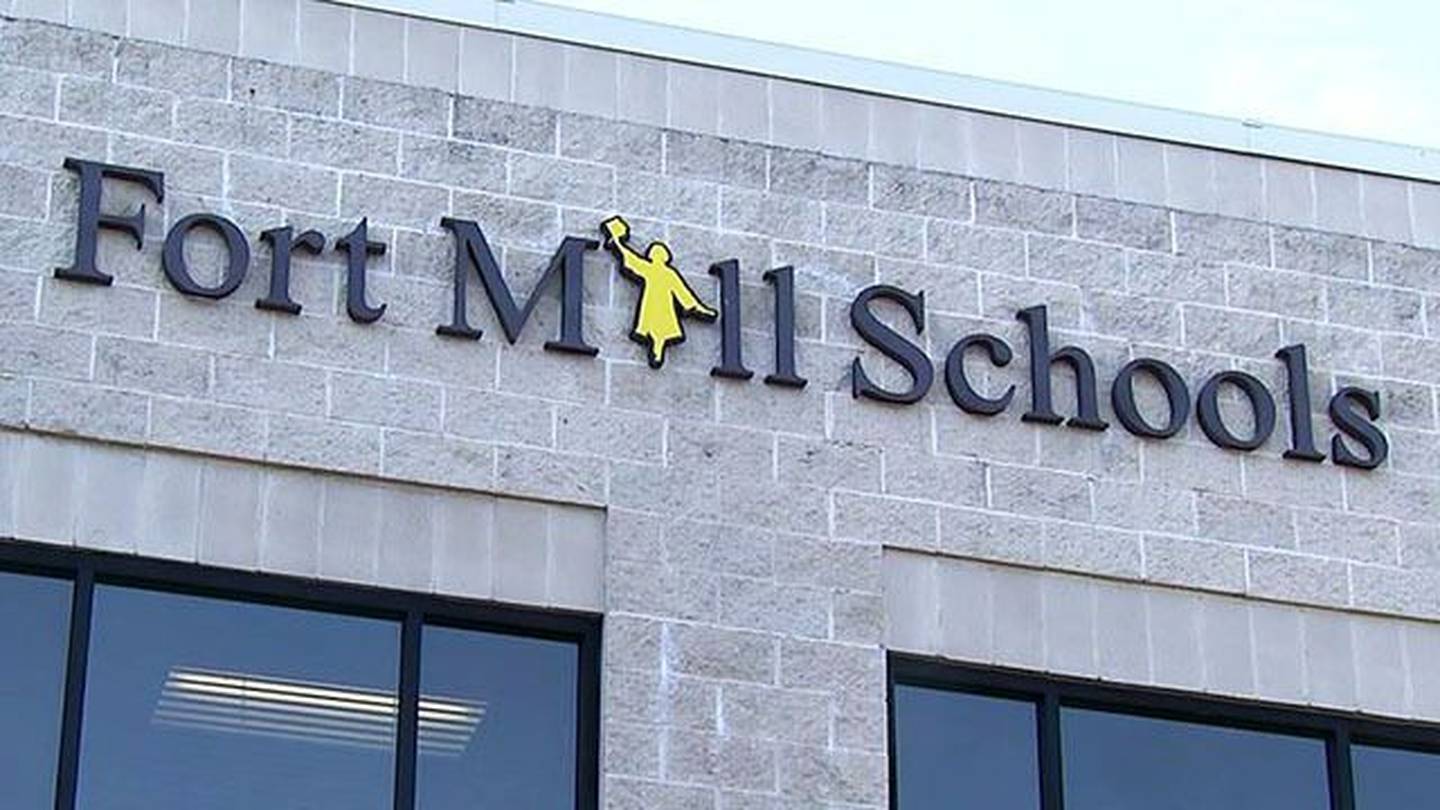