It has been difficult for employers to escape controversy in recent years. From Brexit to BLM, from the US election to the current Russian “special operation” in Ukraine, even individuals who would previously have given workplace politics a prominent place are now finding it difficult to avoid it. Couple that with millennials, who are generally socially engaged and social media savvy, a blanket ban on workplace debates is no longer an option for most employers.

So how should employers balance the increasingly polarized opinions of their staff? And what should they be aware of when dealing with these issues in workplaces outside of the United States?

How do you say “first amendment” in French?

Of course, the First Amendment does not apply to private employers in the United States, and the Constitution is uniquely American. But, the countries belonging to the European Union have an equivalent – the Charter of Fundamental Rights of the European Union and its underlying Convention on Human Rights (“translated” into law in the United Kingdom by its law on human rights). In the workplace, the relevant rights are the right to respect for private and family life, freedom of thought, conscience and religion, and freedom of expression. But these are limited rights, which may be limited by local laws aimed at promoting a specific legitimate aim that is necessary in a democratic society. Thus, the concept of balance of rights is enshrined in European law.

In other regions like Asia, the picture can be more nuanced. General constitutions and basic legal principles may provide for generous freedoms (similar or even stronger to what we see in EMEA and the US), but in practice it is less common for employees to express strong opinions in a work environment. Given this, employers will generally take the approach that a policy of neutrality is preferred and that there should be no political debate in the workplace.

Where to find the balance?

While workplace disputes over the Ukraine-Russia crisis may not yet have gone to court, a host of other issues have already been brought to court. A high-profile case in the UK was that of an individual’s right to express their view that sex is biological and cannot change. The individual was allowed to argue that this view was a protected belief under UK law as not being fundamentally incompatible with a democratic society, which is a weak hurdle (Forstater c. CGD Europe). For a view to be protected by UK and EU law it will need to be a belief or value rather than just an opinion, it must be worthy of respect in a democratic society and not conflict with fundamental human rights. others. This may well include the belief that Ukraine should be a sovereign democratic state, especially where an employee has a stronger case for this if they have personal ties to Ukraine. While one can see a Court being less willing to “protect” an opinion that eastern Ukraine is part of Russia, or that the Ukrainian government has “Nazi” sympathies. But an employer can still take action against an employee who puts their beliefs into an action in a way that infringes the rights of others (and a final decision is expected shortly in the Forstating where the employee has refused to use their sex other than that of birth).

In terms of visible symbols of support for a party to the conflict, the European Court of Justice has ruled that a ban on bearing signs of a political, philosophical or religious belief is valid as long as it is applied consistently, so that in the UK, courts have required employers to adapt their policies where there was a greater negative impact on certain protected groups, such as Muslim women. But when it comes to the Ukraine/Russia crisis, an employer would be better advised to ask all employees to refrain from showing any visible signs of support for either.

And in this particular dispute, it’s clear that nationality and racial discrimination could also become an issue, particularly if Russian employees are stigmatized or find the workplace hostile, when a workplace conversation or debate WhatsApp about the conflict or the Russian government overflows with criticism of Russian society or makes assumptions about the opinions of some Russians.

These principles may not apply in the same way to other regions. But an approach of showing respect for individual opinions, while demanding respect and mutual tolerance in the way these are expressed, will do a double service by minimizing both legal problems and damage to relationships with the employees. When faced with employee conflict situations, employers should take the local temperature before taking stronger measures such as discipline. Previous cases on religion and belief show us that even where the principles of freedom of expression and belief look similar in different countries, where this balance is struck differs significantly even within Europe. And while sentiment in Europe and the United States may be overwhelmingly pro-Ukraine, that cannot be assumed in countries like China. And employers should always be aware of specific individual circumstances (such as family ties to Russia or Ukraine), as well as their company’s stated track record, with many companies having publicly expressed their disapproval of Russia’s actions.

In our view, it is possible for employers to adopt a “one size fits all” policy that employees should:

Employers will need to take a more local approach when workplace conflict cannot be contained or an employee is overstepping boundaries and disciplinary action is in prospect. Where a local court would draw the line will differ not only depending on local law, but also, given the subjectivity of “creed” law cases, depending on the state of the conflict at that point and of the Court’s own sympathies.

Future controversy: a risk and an opportunity

Controversy is never far from the modern workplace. This may be amplified by the rise of hybrid and remote work, and cross-border connections, as more of the debate around these issues moves online with increased risk of misunderstandings and cultural clashes. Rather than avoiding these issues altogether, the future of the workplace could be a more engaged employer facilitating these types of discussions in a measured way.

Perhaps it can even be an opportunity for an employer to demonstrate its core values ​​(including mutual respect for dissenting opinions), which employees say are increasingly a differentiator in the war for talent.

Next Graham says he'll vote 'no' on Jackson for Supreme Court 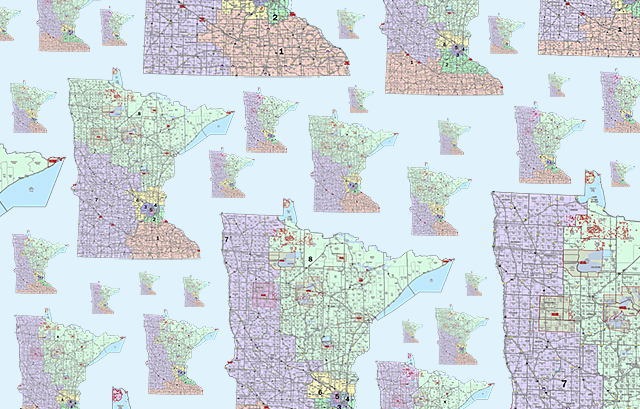